Entrepreneurship Interview Series: Getting the Ball Over the Goal Line 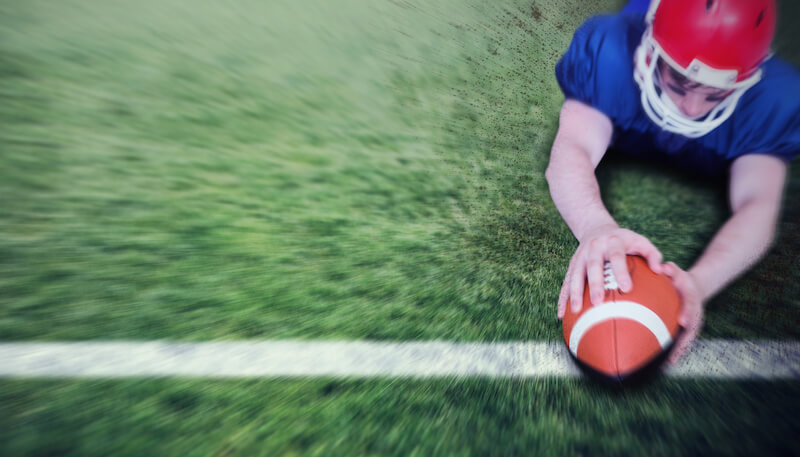 Experience is the best teacher. In this Entrepreneurship Interview Series, we’re going to share stories from your peers about their lessons learned as successful entrepreneurs.

Striking out as an entrepreneur with a keen ability to manage risk is what allowed attorney Toby Reynolds, managing partner at Hansen Reynolds, to excel in a risk-averse industry.

We ask him three questions about his entrepreneurship story and what people can learn from it.

Triumph Wealth: If you could give the “you of 20 years ago” one piece of entrepreneurship advice, what would it be?

Reynolds: I’m a patent litigator. I studied engineering as an undergraduate but never practiced as an engineer. Twenty years ago, I was an associate at a law firm working my way up. That’s just the route that high-end litigators take.

I wouldn’t do anything differently. It kind of all worked out.

Throughout that time, however, I did have entrepreneurial inclinations. My grandfather was a successful entrepreneur who started a company in the 1920s. I always had that in me. There was a point where I started saying that there may be a way to do this better. I began to want more control over my path. As an entrepreneur, you can make money by increasing profits and efficiency, whereas, in a law firm, you just increase billed time. From time to time, I would think about running a different kind of business, one that is more scalable.

These worlds just happened to come together. Right now, I wear three hats: I’m a lawyer, a relationship developer, and a business owner. At this point, more of my success comes from running my business effectively than from generating more billable time.

Triumph Wealth: What was the biggest “crossroads moment” in terms of your success as an entrepreneur? Would you have done it differently if you could relive that moment over again?

Reynolds: Just pulling the trigger and starting my own firm. Inertia is an incredibly powerful force. I’ve seen this in so many situations. For lawyers, that is times ten. They are risk-averse people. If you are at a big law firm you have a nice life and things are going along well. To actually decide to leave the law firm and strike out on my own was a big crossroads.

My experience is that people either have it or they don’t. I just had it in me. A lot of people believe that they want to do something, and they’ll get right to the edge but never take the step.

I saw what the pinnacle would be for a lawyer at my law firm. I saw the 65-year-old partners and knew I could get there. But I wanted the sky to be the limit instead of a very specific ceiling. And that absolutely proved to be true; within the first five years, we were breaking through the ceiling.

We created an interesting business model. We were practicing a little differently from anyone else. We had some success working on cases for a contingency fee instead of retainer, meaning we took a piece of the recovery instead of just billing by the hourly rate. Large law firms don’t want that – it’s too much risk.

Most of what we do at my firm is on retainer. However, with the other 15% of our time, we can work on a contingency case that we think is going to work out.

Triumph Wealth: Do you think ending your business will be as hard as entering (or starting) it?

Reynolds: One advantage of law firms is that you don’t need to retire. A lot of lawyers just hang on and work less. It will be a gradual transition, but do I think it will be hard? Yes, I do.

Right now, we’re at 22 lawyers. By the time we’re gone, I’d love it to get to about 50. For a litigation group, that’s big. Given the nature of the work we do, it’s a bit like coming to see the business oncologist. Our clients appreciate the work we do, but most of the time, don’t welcome the opportunity to engage in litigation again.

We would love to be able to turn over the firm to the next generation and still be involved. We’d like to get some credit for actually starting the firm. When you start something from scratch, you always will feel a little bit like it’s your child.

Relinquishing control will probably be a little painful. I’m only 48, but at some point, we’ll have to figure out a scenario that works for all parties involved.

What’s your entrepreneurship story? Contact us if you’d like to be interviewed as the next guest in our blog series.